Based in Liège, Belgium

Moons of Ardan is a city-building and management game where you rebuild and expand your civilization across moons in a real-time simulated planetary system.

Currently, the goal of the game is to build a wonder.

To accomplish this, your Axonaut civilization will have to grow after crash-landing on an uninhabited moon.

You start by building a small colony composed of a city hall, a woodcutter and some shelter.

As their number grows, your citizens will develop new needs that will require to be satisfied.

To do so, you will establish production chains, placing buildings that produce raw materials and others transforming them into building resources and end-products.

One distinguishing feature of Moons of Ardan is that you can fine-tune the output of each building by setting how many employment slots are available to workers.

As you reach the different milestones, you will eventually discover ways to explore other moons around Ardan - the giant gas planet at the center of the system you are playing in.

But with space travel comes the necessity to send resources from one moon to another. This is where a powerful, trade-route system comes in to help you plan your transfers.

Later, the needs of your most advanced citizen will require you to carefully plan where your resources are produced and where to transfer them for transformation.

This project is being developed by a team of two who had been talking together for several years about making this game. At some point, they decided they had set aside enough savings and were ready to dedicate the time needed to face the tough challenge of making their dream a reality.

Quentin as a programmer worked for Abrakam on Faeria for almost 7 years.

François is an artist working for multiple television productions and also on trailers for big companies in the industry.

They used to make game jams together several times a year along with some other friends. But now it’s the real deal and it’s been just over a year since they started work on Moons of Ardan.

A few months into production, they were joined by Christophe who is, first of all, a friend, but who is also a talented hobbyist music composer. 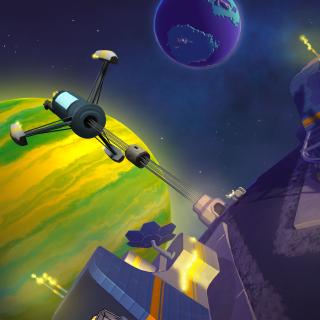 Pandora Technology is an indie game studio based in Liège (Belgium) currently consisting of two people. Their primary focus is on the gaming experience, making the games they wish they always had. Their vision for the industry is for all creators to share to their public what they’d like to see the most in their games.

We use cookies to provide and improve our services. By using our site, you consent to cookies. OK